In the Vedic tradition, cows are worshipped as mothers. Devotees worshipping and serving cows have experienced peace and a reduction in their worldly miseries and misfortunes. Among all the species, the cow is the prime animal worshipped by the Hindus. She is regarded as Kamadhenu in the Hindu religion, holding all the deities in her, for which she is renowned as the wish mother in Hinduism.

Goshala was established in Ramaneswaram by Siddhaguru Sri Ramanananda Maharshi in 2015 to nurture and protect cows. Goshala and cows are an integral part of Mahapeetam and their upkeep is one of the prime activities undertaken here.

Aware of their prominence in the Hindu tradition, Siddhaguru Sri Ramanananda Maharshi is setting up Sahasra Godhamam—literally, “abode of a thousand cows”—at Shiva Shakthi Shirdi Sai Anugraha Mahapeetam to tend to these animals with the utmost care and protection.

Sahasra Godhamam, a newbie of Ramaneswaram being constructed by Siddhaguru Sri Ramanananda Maharshi, is an abode of 1000 cows. This Godhamam, which is under construction, stretches around 30 acres of land at Ramaneswaram to shelter them.

We serve Lord Shiva by performing abhishekam to Shiva lingams consecrated here with cow’s milk every day and are committed to pleasing him with the prayers of all devotees on their behalf.

Devotees are free to worship cows and offer the required to the cows with affection. This brings good fortune and blessings. The services offered to cows here are never left unwatched by Lord Shiva, and his graciousness is guaranteed to everyone who renders services in any form to the cows sheltered at Sahasra Godhamam. 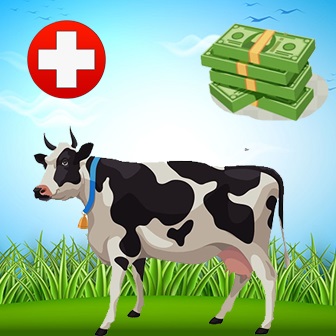 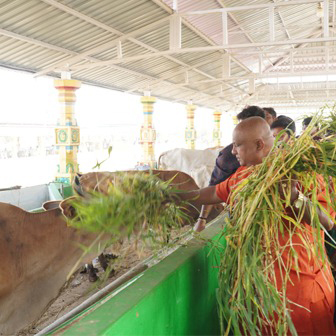 Cows can be fed on a per day, per month and on a per year basis.

Devotees can contribute cattle feed and feed cow by self to be receptive to the grace of lord. for more information

Devotees can donate money for protection of cows, go grasam, building construction for cattle, to be receptive to the grace of lord.