In Indian tradition there is a custom of Grama Devata worship since ages. We consider Grama Devata as a guardian of the village. She restrains infectious diseases from entering the village, drives away evil spirits, and gives wealth and prosperity to the villagers.

Grama devatas are the manifestation of Goddess Shakti. They are the varied forms of this deity. These varied names and forms existed from the beliefs of the villagers. But the source doesn’t change. An offering to grama devata give us the virtue of offering to Goddess Shakti.

Human Lives became unpredictable because of covid-19 outbreak. People across the globe are affected socially and economically in these challenging times. De facto, we are going through an unanticipated crisis with corona virus spreading across the world like a wildfire and showing its supremacy over humanity.

To call a spade. Is there any silver lining for this unfortunate pandemic? The answer is yes. But we need to turn off our deaf ear and pay attention to the fact for being at home. There is a relation between infectious diseases and Grama devatas. These two testimonies stand as a witness for their relation and are not cock and bull stories.

The first is the story of Veera Brahmendra Swamy wife Govindamma offering Pongal and Curd rice to satisfy Poleramma, the grama devata of Banganapalle to dispose of chicken-pox, spread like a wild fire during that times.

The other is the story of Shirdi Saibaba ordering Maari Amman, the grama devata of Shirdi, to take away 4 lives instead of his disciple Jyotindra Tarkhad.

This proves Grama devata Worship is inevitable, and her contentment brings prosperity to the village. Hence, do not build castles in and make a brown study to get out of this virus. Worship your village deity and bring your halcyon days back.

Siddhaguru Sri Ramanananda Maharshi belongs to this lineage and trying his best to pull out the source of this virus. His transcendental vision had let him read between the lines and revealed Grama devata worship is the only way to get out of this wood and be in a cloud nine. He authored Shat Shati Grama Devata Sri Durga Stotram , a book glorifying 600 grama devatas, and offered it to the world to bring this virus curtain down.

Siddhaguru Sri Ramanananda Maharshi consecrated 4 grama devata idols, Maremma, Pochamma, Yellamma and Poleramma on September 9th 2020 at ramaneswaram village for a good fortune and offered to the world. These Village deities not only protect the village, also the devotees who have their darshan at first blush. 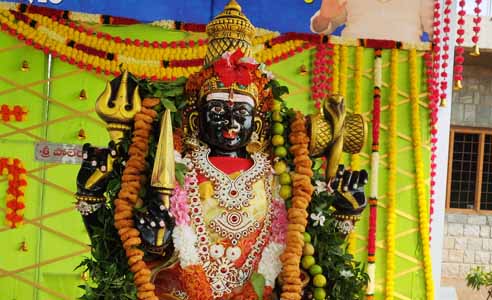 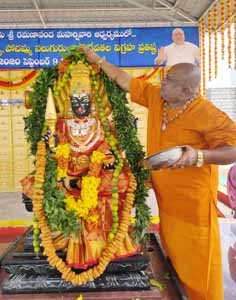 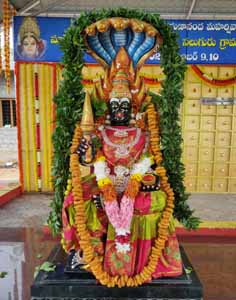 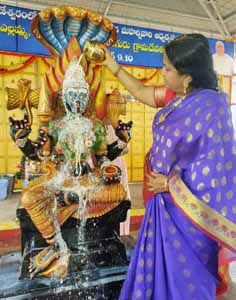 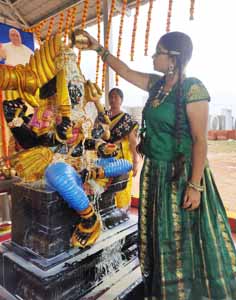 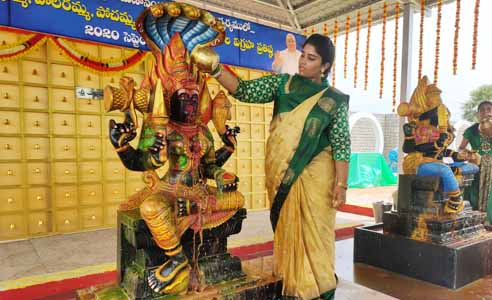